On October 16, speakers from European institutions, representatives of EU regions and experts joined an event at the European Parliament in Brussels, Belgium, to discuss the impact of new technologies and how to harness the growing potential of ICT, science parks and areas of innovation under the European cohesion policy.

Organised by the Science and Technology Options Assessment (STOA) Panel of the European Parliament, and opened by Ramón Luis Valcárcel Siso, European Parliament Vice-President responsible for STOA, the event took an in-depth look at technologies and regional policy. Digital transformation was a major theme, highlighting how science parks are ideally placed to support their regions through this transformation.

IASP European Division President André Domin was one of the expert speakers on the role of science parks, and he reflected on the ways in which they can promote research in and applications of new technologies. Underlining the importance of STPs in economic development programmes of regions and cities, he emphasised the trend that sees science parks and other innovation environments as increasingly integrated parts of urban competence clusters. IASP Chief Operations officer Ebba Lund also travelled to Brussels for the event, along with other members of the IASP European Division.

Discussions at the event will feed into the debate on the next EU cohesion policy framework, which supports industry and government collaboration in research and business development in their regions. Rapporteur of the day was Jan Annerstedt from Copenhagen Business School and past member of the IASP Advisory Council, who will use input from the workshop for a report reflecting perspectives shared by EU regions and the European Commission. It will also cover relevant features of STPs, which have increased in numbers in most of Europe’s regions.

Another key aspiration of the STOA event was to bring EU priorities closer to the citizens, involving the most innovative regions as well as the regions with a more modest innovation performance.You can read more about the workshop and its aims in the STOA booklet. 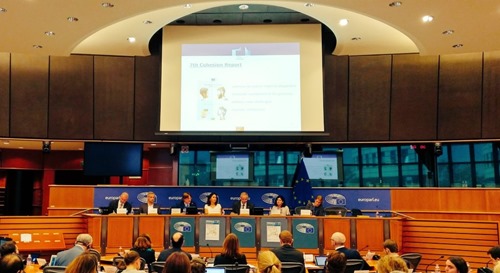