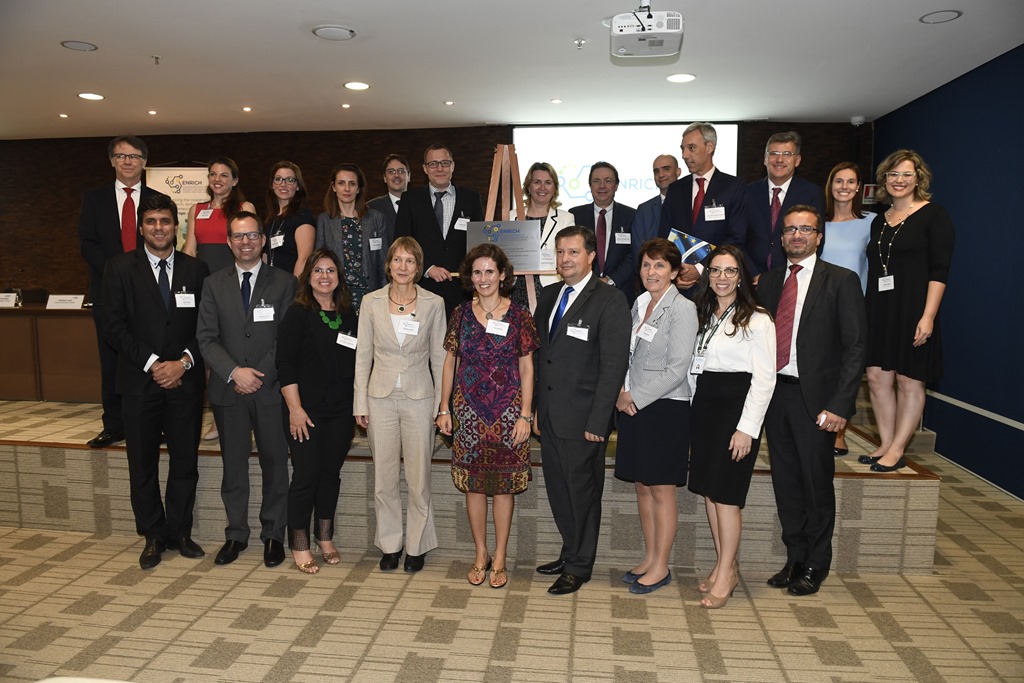 The European Network of Research and Innovation Centres and Hubs (ENRICH) in Brazil was officially inaugurated on 29th November 2017 at an event in Brasília, Brazil.

ENRICH in Brazil aims to become the main hub and contact point for European and Brazilian science, technology and innovation stakeholders, and will help increase collaboration between Europe and Brazil. ENRICH is an initiative of the European Union’s Horizon 2020 programme, implemented in Brazil by the CEBRABIC project. IASP is one of the consortium members, along with four Brazilian and eight European institutions, and the IASP projects team travelled to Brasilia to be there for the big day.

The launch of the first Centre in Brazil was supported by the Ambassador of the European Union to Brazil, H.E. João Gomes Cravinho, who highlighted with his keynote address the close relationship between Brazil and Europe in terms of innovation.

Starting in 2018, ENRICH in Brazil will offer services to public and private innovation stakeholders, including SMEs, research organisations and local and regional governments. The services offered will support internationalisation by offering tailor-made training, networking opportunities such as business roundtables, pitching sessions and matchmaking events, as well as studies and competitive analyses. Customized legal and financial consulting services are also part of the portfolio.

The Head of the Division for Science and Technology of the Brazilian Ministry of Foreign Affairs, Luis Fernando Corrêa da Silva Machado, emphasized that ENRICH follows the same approach as the Brazilian government to boost the relations with European countries. "We hope the centre will enrich our cooperation,” he said.

The Director of Operations of SENAI, Gustavo Leal Salles Filho, highlighted the benefits of offered by the Centre: “By participating in ENRICH, SENAI will be able to establish more partnerships to develop new technologies which are of interest to the Brazilian industry. International partnerships are important for the SENAI Institutes of Innovation to fully meet the demand of the industrial sector.”

Interested European and Brazilian researchers, companies and entrepreneurs can find more information about ENRICH in Brazil at www.eucentres.eu/brazil. 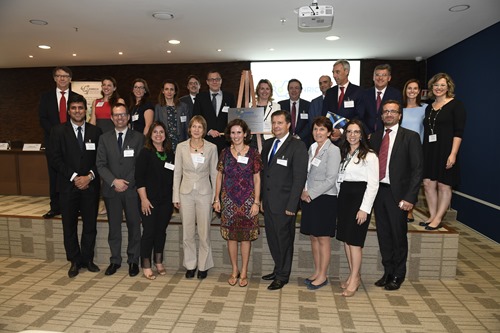