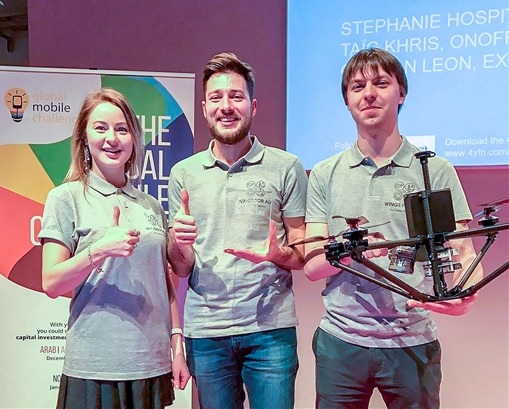 Copter Express, a resident startup of the Skolkovo Foundation, recently won second place in the Global Mobile Challenge, a major mobile app competition held in partnership with the Mobile World Congress in Barcelona.

The company, a resident of Skolkovo's space cluster, has developed a system using drones to look for people who are lost in forests and other outdoor spaces. It works in partnership with Russian mobile operator Beeline and a volunteer organization set up to find missing people.

Drones are already used in search and rescue operations, but Copter Express believes they can play a much bigger role. The company estimates that 120,000 people a year get lost in Russia alone, and has designed drones equipped with machine vision technology, thermal video cameras and first aid packages weighing up to 1 kilogram that can be used alongside volunteers searching for missing people.

To overcome the problem of the limited flying times of drones, the company has designed charging stations that allow the drones to hop from one charging station to another across the search area. Copter Express says its partnership with Beeline would enable it to use rooftops and GSM towers to power the charging stations. The system could cover an area the size of Barcelona for $50,000, and would reduce the cost of one drone flight from $100 to just $1.

The startup began life in the city of Syktyvkar, capital of Russia's northern Komi republic, focusing on quite a different use for drones: pizza delivery. The company hit headlines in June 2014 when it launched its delivery service.

From an economic viewpoint, however, the project was flawed: the cost of delivering a pizza was 1,500 rubles ($25) compared to 100 rubles for regular delivery methods because the drones had to be controlled manually. The company also had a couple of runs-in with the local prosecutor's office, which fined them for unlawful incursion into the airspace. But the pizza delivery experiment proved to be a useful lesson for Copter Express, and it set to work on the creation of automated drones.

Copter Express became a resident of the Skolkovo Foundation last year after winning a prize at the Startup Village tech entrepreneurship festival. Taking second place in the Global Mobile Challenge, in which 10 finalists are selected from thousands of entrants, entitles Copter Express to acceleration support in Madrid. 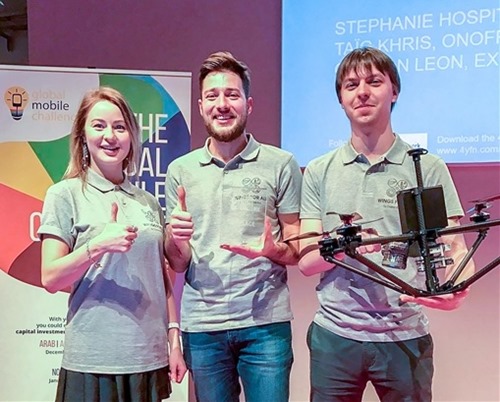