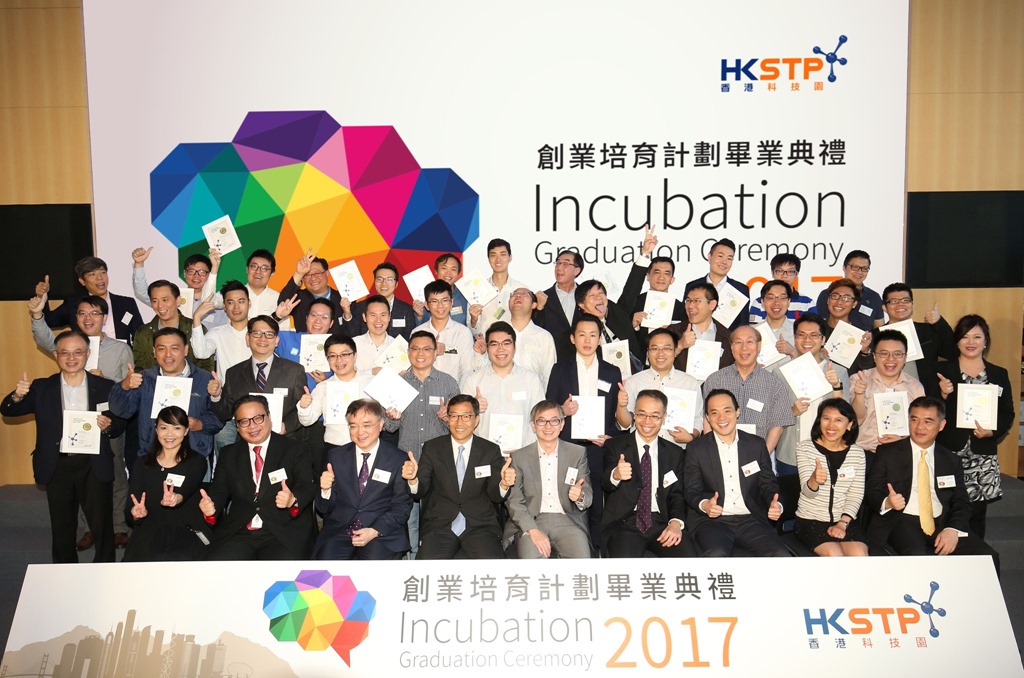 The number of graduates from Incubation Programme in 2017 is at a record high, and has seen impressive achievements: the graduates have won 39 local and international awards, filed or registered 70 patents, and raised HK$45.42 million angel funding/venture capital funding.

The incubatee graduates are involved in different technological fields, ranging from information technology to biomedicine, games design and programming, e-commerce and logistics, education and learning and clean tech. Many have successfully commercialised their R&D projects in collaboration with local universities and industry partners.

The cohort has won a total of 39 local and international awards on innovation and invention. Well Being Digital Limited and its ActivHearts™, for example, won The Best Wearable Mobile Technology Award 2016 at the Mobile World Congress. The incubatees have also filed or registered a total of 70 patents in various markets. One of those is the heat dissipation technology applicable to 360-degree high brightness LED lighting, developed by Synxia Photonic Technology Limited. The co-founder of the company, at 72, is the one of oldest entrepreneurs in the history of HKSTP's Incubation Programme.

"My congratulations to the graduates! Many of them have already completed product R&D and embarked on marketisation. I applaud their hard work in fulfilling their technopreneurship dream. Their exemplary success will inspire future incubatees, and they have contributed significantly towards the development of Hong Kong's innovative economy. I wish the graduates every success in the future, and look forward to seeing their R&D results branching out in the world from Hong Kong." 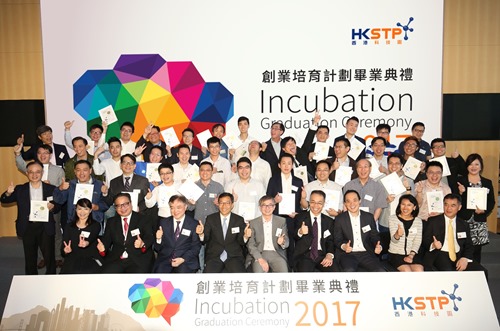