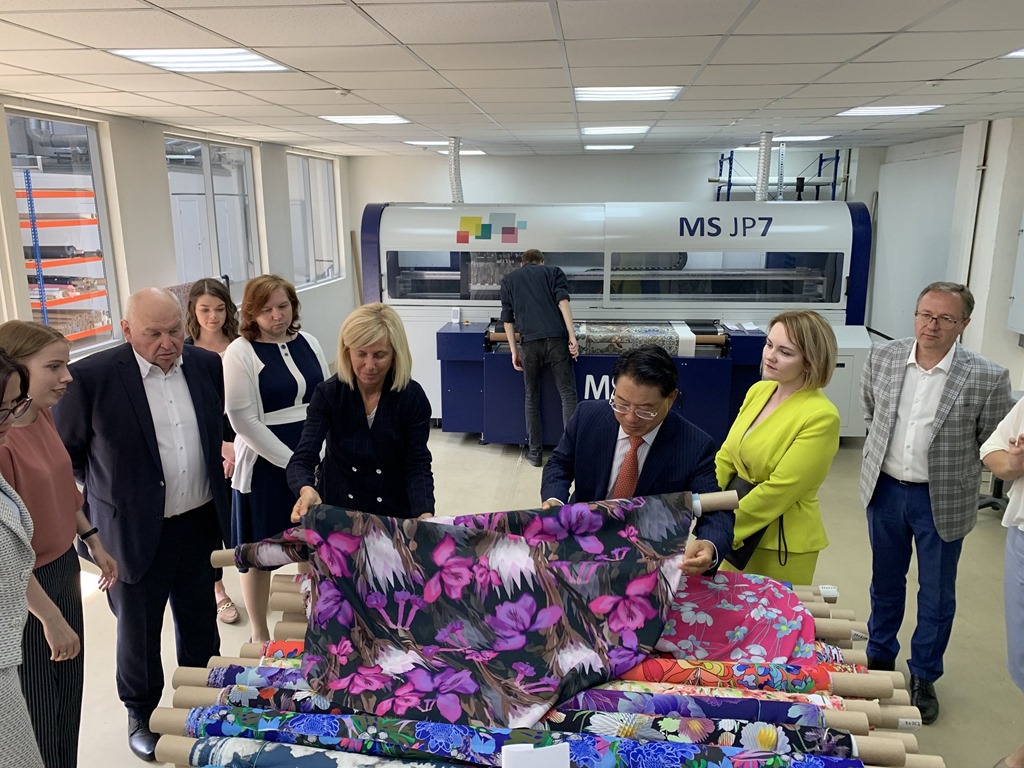 On 3rd June 2019, Kalibr Technopark welcomed a delegation from the United Nations Industrial Development Organization (UNIDO) and the national government.

They were introduced to Technopark resident Solstudio, one of the leading companies in the textiles field, which combines advanced technology with a traditional focus, cooperating with local folk craft enterprises. They demonstrated their eco-friendly manufacturing line equipment, including pre-printing preparatory processes, high-speed printer, and equipment for washing and fixing patterns.

The delegation  got to know some of the innovations developed by Kalibr residents, such as a module eco-house created by Ineeco, a ready-for-use accommodation module with autonomous electricity and solar batteries, bathroom and interior finishing; an A-class three-wheeled electric vehicle created by OOO Ev-Tech, which was designed of components produced in Russia, capable of speeds up to 100 kmh; and a wireless digital-to-analog converter and that converts digital music from any smart phone to an analog format with high quality.

The visit was organised as part of the collaboration agreement between the Ministry of Industry and Trade of Russia and UNIDO, which was signed during the II Eurasian Women’s Forum. The development of a creative industry cluster, including the one based at folk artistic craft enterprises, was identified as one of the key fields.

The creative industry cluster has been developing at Kalibr Technopark since 2018. Today, more than 150 high-tech companies are located at the park, specialising in driverless transport, telecommunication technologies, medical research and technologies; tool engineering and metalwork; additive technologies; and digital printing on fabric. Mr Li Yong, Director General of UNIDO, highlighted the fact that Kalibr Technopark is a great example of the fourth technological revolution in reality.

As Mr Kogan, Chairman of the Board of Directors of Kalibr JSC, noted that in 2020 the company will be ready to receive new representatives of creative industries with the completion of a new engineering and laboratory building which will create space for up to 50 more companies. 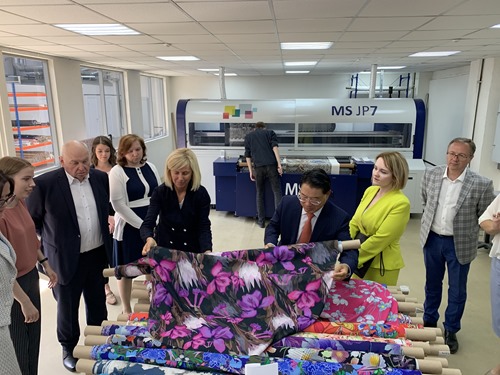 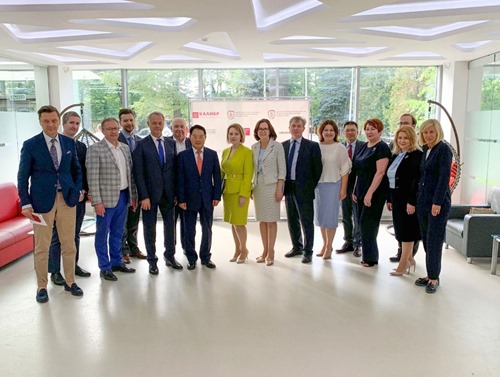