Image gallery:
Background information
Tus Caohejing (Zhongshan) Science and Technology Park is jointly created by Tus Holding, Lingang Group and Songjiang District Government and plans to build a million-square-meter innovation and entrepreneurship demonstration zone in Songjiang. It’s mission is to actively promote the transformation of cutting-edge scientific and technological achievements, develop an innovation and entrepreneurship ecosystem in Songjiang District, and build it into the power engine of the G60 Science and Technology Innovation Corridor.

The park opened in May 2016 at a platform bringing together government, industry, academia, research, finance, trade, and media. Its key sectors focus on the intelligent manufacturing industry, including the development of the four characteristic industries of electronic information, analysis and testing, medical equipment, and energy conservation and environmental protection. Through the "Enlightenment Triple Helix" model, the transformation of scientific and technological achievements and industrial upgrading will be rapidly promoted to help Push "Made in Songjiang" towards "Created by Songjiang".
Logo: 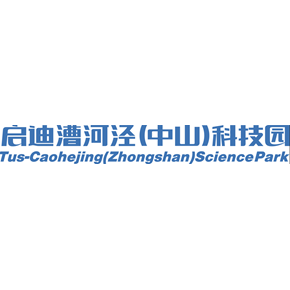